10. Millionaires have made millions, billionaires have made billions
9. Thanks to the Fed, corporations have been borrowing cheap money and buying their own stocks. Only reason why stock market is up 200%
8. New Home sales are down 65% from the peak, and yet house prices are bonkers, thanks to smart govt/bank policies
7. Full-time jobs are being replaced by multiple part-time jobs, and hence the illusion of “more” jobs
6. 70% of Americans are living paycheck to paycheck, but hey stock market is up
5. Unemployment down because of the way we count. Labor participation rate lowest since the 1970s. For men between 24-54, unemployment is over 20%
4. Successfully created student loan bubble, subprime car bubble, housing bubble, stock market bubble, junk bond bubble and Fracking bubble. All ready to burst within two years
3. US govt debt grew by $7 trillion in 6 years. Now at $18 trillion and growing
2. Started Cold War II, destroyed Ukraine, left Afghanistan and Iraq in a mess, devastated Syria and created 8 million homeless people. Empire of Chaos is very pleased with itself.
1. NSA is spying more than ever. George Orwell’s nightmare has become a reality 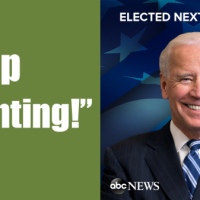