As usual, Trump talked tough before his G20 meeting with Xi Jinping in Osaka, Japan. “China will face 25% tariffs on the $300 billion of the remaining imports,” he warned. But lo and behold, he not only came up empty handed, but he also caved in numerous ways, including reversing his ban on Huawei. What happened?

To summarize Trump’s astonishing loss at the negotiations with China:

All Trump got was China’s promise to buy more agricultural goods. Once again soybeans and farmers play an immense role in trade decisions.

First, China quickly neutralized Trump team’s “nuclear option” — killing Huawei. The US was trying the same playbook that worked with Japan in the 1980s. That time, the US banned Toshiba to bully Japan into the infamous Plaza Accord. BTW, Lighthizer played a major role in that negotiation, and he’s leading the US-China talks now. But China ain’t Japan!

This time, however, China and Huawei had a surprise for the US team: Huawei claimed that it has been preparing for this kind of an emergency for many years. Huawei’s CEO (Ren Zhengfei) went on the offensive and gave a lot of interviews in which he claimed that HiSilicon — a Huawei subsidiary — can make most of the semiconductor chips, and also that Huawei has been working on a secret operating system (“Hong Meng” or “Ark OS”) that can replace Android and Microsoft Windows! He said that Huawei has been working on this secret project since 2012. The reaction on the social media was unmistakable — anyone who was not an American was rooting for Huawei, which sold 200 million smartphones last year and half of them were outside China.

Now, Google and Microsoft were scared. What if Huawei really launched a good OS that can take on Android and Windows? Worse, what if all the other Chinese smartphone companies switched to Hong Meng? About 65% of worldwide Android users are using Chinese brands!

While the US was trying to kill Huawei, it seemed like Huawei was about to kill Android. And the implications are far worse — the US would lose all its abilities to spy on the world, if both the hardware and the software are Chinese! This is why Google started lobbying the Trump administration to lift the ban on Huawei.

As for the US semiconductor companies, they also started seeing signs of Chinese independence in the chip-designing area. China announced a new home-grown CPU that could compete with Intel and AMD. This would be the first time a non-American company would make its own CPU. And another Chinese company announced it will start mass production of memory chips (DRAM).

To summarize: US plans for crushing Huawei fell flat and even backfired.

How about China’s economy? Are Trump’s tariffs crushing the Chinese economy? Not really. During Jan-May 2019, China’s exports to the US fell about 5%, but China’s exports to the EU rose more than 14%. And, guess what, EU is China’s #1 trading partner (and ASEAN is the #2 trade partner), while the US is #3. So, China keeps growing at a healthy pace — even the IMF predicts a healthy 6.2% real GDP growth for China this year!

But here’s the kicker. While China’s exports to the US fell 4.8%, the reverse — US exports to China — fell by a whopping 24% (for the first five months of 2019). So, US exporters and farmers are hurting real bad. And Trump cannot win re-election without the support of those “great soybean/corn/pork farmers.”

As for the tariffs on the last $300 billion of imports from China, 600 major US corporations and influential trade groups — Walmart, Nike, Apple etc. — strongly lobbied against the tariffs and held a few days of hearing/testimony with the US Dept. of Commerce. Behind the doors, corporate lobbyists were probably threatening US politicians — “If you don’t stop these tariffs, we will fund your opponent in the coming election and destroy you!”

Then, to really really rub it in, Apple announced one day before the G20 meeting that they were going to move manufacturing of high-end desktop computers (Mac Pro) from the US to China!!!

As I wrote before, China can cripple the US economy in many ways. Rather than actually carrying out these threats, the Chinese government warned US corporations whose subsidiaries are making hundreds of billions of dollars every year in China — note that this is not reflected in the official trade surplus/deficit calculations. 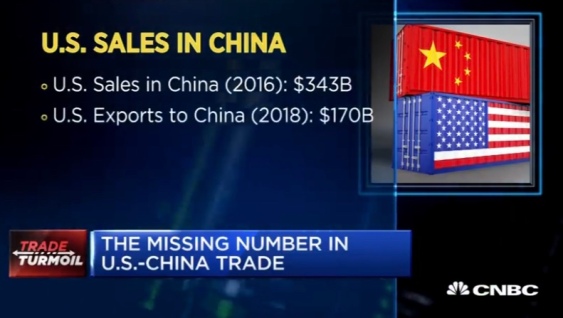 Then China made these corporations lobby the Trump administration. This is much more effective.

At the same time, China has also been opening up certain sectors in the last month. For example, Morgan Stanley was allowed to become a majority holder in its joint venture; and US corporations would be free to compete in oil/gas sectors in China. Such actions create allies who will put the pressure on US politicians to not escalate the trade war.

As for manufacturing, China is moving ahead with artificial intelligence, robotics, 5G, IoT etc. The Chinese really don’t want to be stuck with low-end manufacturing (see video below). If some of these jobs move to Vietnam, Thailand etc., that’s fine.

China needs only four or five more years before it fully catches up with the US in major sectors such as semiconductor, biotechnology and civil aviation. While the Chinese government has officially stopped talking about “Made in 2025,” you can bet it has been accelerated to “Made in China 2023.” Thus, the Chinese government’s plan is to just ride out America’s temper tantrum for a few more years.

The US needs a completely new paradigm for the 21st century. Unfortunately, Washington elites are totally clueless. Sun Tzu said, “strategy without tactics is the slowest route to victory, but tactics without strategy is the noise before defeat.” The latter approach is more appealing to Trump, the real estate salesman and TV reality star. 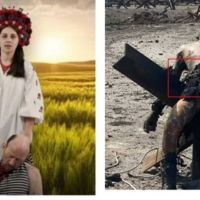