When Donald Trump was on Jimmy Kimmel show last night, the host had a question for him – “Would he debate Bernie Sanders before the California Democratic Primary (scheduled on June 7)?” The history behind this offer is, of course, that Hillary Clinton had refused to debate Bernie Sanders, since she is pretty much guaranteed to win the Democratic nomination.

Trump immediately accepted the offer. Although it seemed like a joke at first, it now seems like a certainty.

At the outset, this is a ridiculous proposition, since Democrats and Republicans don’t debate each other until each party chooses their presidential candidate. So, for example, in 2008, the first presidential debate was in late September.

Considering that Bernie Sanders will almost certainly not be the Democratic nominee, this debate is doubly more unprecedented.

But here are five reasons why Trump’s move is a brilliant, tactical play that is going to help him, well, tremendously!

Huuge Publicity: Both Trump and Sanders have the most loyal fans who are going to make this the most-watched debate in the history of American television. These devoted fans are going to flood the social media, fill up the largest venue, scream the loudest, passionately debate among themselves and force TV and newspapers to make this into the Super Bowl of debates.

A Devastating Blow to Hillary: When Hillary refused to debate Bernie, her goal was to send a message – “Hey, the race is over, Bernie is dead, and I am the winner. I am now going to focus on Donald Trump.” She has even been releasing anti-Trump online ads for the last 10 days. But … with this one dazzling move, Trump has resurrected Bernie! Now Hillary will be forced to attack Bernie and also face questions about why she is not debating him. Currently, she is leading Bernie in California by mere 2 points in the polls. Expect Bernie to take the lead by the end of this week and win the state. Crooked Hillary will be limping her way to the convention.

Boost Women Votes for Trump: Trump, the author of “Art of the Deal,” accepted the debate offer on one condition: the debate should raise $10 million that should go towards charity. This generosity and compassion will help Trump gain a few million brownie points with the women. Trump even says that he prefers charities that focus on women’s health. Ingenious!

Appeal to Bernie-or-Bust People: Anywhere from 20-30% of the Bernie supporters have said that they will consider voting for Trump. These are the anti-Establishment voters who clearly see that Hillary Clinton represents the status quo. They use the hashtags #BernieOrBust and #NeverHillary in social media. The difference between Sanders and Clinton in policies is real and immense. At the same time, both Trump and Bernie are populists who oppose free trade deals such as NAFTA, WTO and TPP; and both are against perpetual wars and military aggression. This debate can really help Trump win over a big chunk of Bernie fans.

Debate Practice: Let’s face it, The Donald needs to learn how to debate properly. Talking about the size of his hands and manhood during the Republican primary debate was embarrassing. Also, debating a Democrat is very different, since the topic and the line of attacks will be different; and the new audience is going to include a lot of independents and undecided voters who are going to be turned off by the ultra-conservative and hard-edged rhetoric that appeals to the primary voters. All candidates “pivot” a little to the center after winning the nomination. Donald Trump is a quick study and can use this debate as a great practice to face Hillary Clinton in September.

Thus, this debate is a fabulous deal that is full of upside for Trump, offers some marginal advantage for Bernie, and is a colossal blow for Hillary Clinton at a critical time. 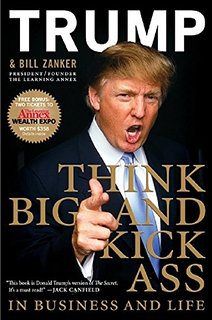 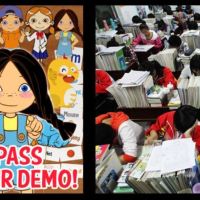 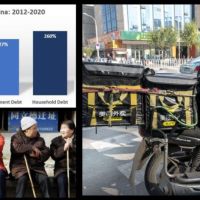 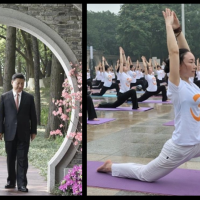 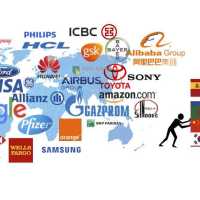