Check out Syria – War of Deception, my new e-book on the Syrian war, the most consequential war of recent times)

The biggest lie about the Syrian war was the concept of moderate rebels. The so-called Free Syrian Army (FSA) was insignificant and also bought into the Salafist ideology; and the other moderate rebels such as Ahrar al-Sham were jihadist Salafists. Both FSA and other rebel groups freely colluded with Al Qaeda and ISIS. Everyone knows about the disgusting crimes of ISIS, but most don’t know that the “moderate rebels” and FSA committed similar crimes. They just didn’t have media-savvy propagandists like ISIS. Here are some GRAPHIC pictures. If you aren’t comfortable, skip this. 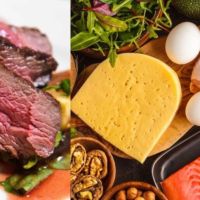