The predictable reaction of liberals after Trump announced his Softbank deal and the Boeing “non-deal” was the same as it has been over the last 1.5 years: Trump is an idiot and a liar. The Internet was lit with nitpicking and wild number crunching to instantly ridicule President-elect Trump. Having learned nothing from the entire campaign season, liberals and the media once again missed the real stories behind these deals.

The most important aspect of these deals and non-deals are not specific numbers or the immediate impact on the lives of average Americans. It really doesn’t matter if the Boeing planes cost $3 billion or $5 billion; it really doesn’t matter if Japan’s Softbank had developed plans for an investment fund two months ago. The most important message that liberals and the media are missing is this: There is a hands-on President who is working every day to protect American jobs and create more jobs. Economy is psychology. When people feel good and optimistic, they spend more money, employers hire more people, people buy stocks and everything gets into a positive feedback loop!

As for the Boeing non-deal, the most important message is about “draining the swamp” and fighting crony capitalism. When was the last time you heard about Obama or any other politician complaining about something costing too much? NEVER! That’s why we have projects such as F-35 fighter jets that have cost most than $1 trillion and it has turned out to be a big flop. Trump is sending a clear message to the government contractors that those days of blank checks from the government are gone.

Forgetting the above salient points, the media and the pundits immediately set to crap all over Trump’s tweets and deals. Overcome by their own irrational hatred, they are even wrong about most of the specifics that Trump supposedly lied about. Take, for example, the Boeing deal. Trump tweeted that the Boeing Air Force One planes cost too much – $4 billion – and he’s going to cancel the order. Immediately, smart pundits started saying how the planes cost only $140 million and obviously Trump is a liar and/or stupid. The fact is that the government always buys two such planes and the real expenditures come in services and miscellaneous add-ons. Thus the cost is close to $4 billion and if you consider the reality of how government works, it’s well over $4B. This is explained in the Politifact article. Some people also claimed the Boeing shares “tanked” because of Trump’s tweet. It did go down about 0.5% but regained and went up 2% after the initial dip.

So what will happen eventually in this drama? Boeing will come around and give a good deal for the government and the US taxpayers; and Trump will look like a champion.

As for Japan’s Softbank deal, it’s true that they had started a tech fund along with Saudi Arabia and others a couple of months ago. Softbank had pledged a seed fund for $25B, Saudi Arabia for about $45B and others about $30B, for a total of $100B. However, this fund is set up in the UK and there was no stipulation about the money being spent in the U.S. Trump brought Softbank’s CEO, Masa, to Trump Tower and made a joint announcement that $50 billion will be invested in the U.S. and it will create 50,000 jobs. Trump is building personal relationships and the fact that the man with $50 billion is visiting Trump and making announcements is also a huge power play win for Trump.

Similarly, when Trump announced his Carrier deal, the media had indigestion and found various ways to play it down – “maybe Trump saved only 850 jobs and not 1,100 as he claimed; he couldn’t save 700 other jobs; he bribed the company with $7 million … ha ha, what a bad deal.” Remember that during his campaign, Trump brought up Carrier in almost every one of his rally speeches. He talked about the viral video that showed the company brutally announcing layoffs and telling the workers that the factory was moving to Mexico. Nobody could do anything about it. Fast forward to November, Trump saves their jobs.

Trump was able to negotiate this deal just a few days after he got elected and a month and a half before he became the President. And no other President or politician had done anything like this to save American jobs. As for the deal, it was a tiny tax break from Indiana – $7 million spread over 10 years. That is about $700 a year to save a job that pays over $40,000 a year. That’s a great leverage! Democrats wouldn’t mind if the government pays someone $700 a month in unemployment benefits or $700 a year in food stamps!

Later on, Trump visited the Carrier plant and, needless to say, the employees loved him and gave him a warm welcome! A photo like the one below is more powerful than thousand negative articles from The New York Times. 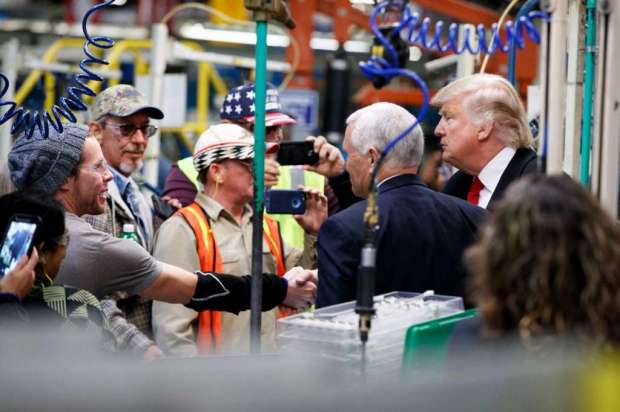 president-elect Trump’s first such deal was with Ford, which the media distorted a lot. Trump tweeted that he had saved a Ford plant in Kentucky from moving to Mexico. Technically it was a production line of one of the Ford Lincoln models (called MKC). There certainly seems to have been some confusion, but Ford tweeted this later to clarify Trump’s role.

Democrats and the media are totally missing the optics, politics and psychology of Trump’s deals. Think about how many promises politicians break and how long it takes when a few lucky promises manage to turn into reality. Obamacare passed more than one year after he became the President. Then it took three more years before people could enroll. (And it turned out to be a disaster, but it’s beside the point). Now look at Trump making deals and saving jobs even before taking the office. Not a single president or a politician has ever stood up to American corporations to save domestic jobs … and here is Trump doing it every week. That’s an incredibly powerful and hopeful message to Americans. If Democrats continue to resort to mocking Trump and nitpicking his achievements and efforts, they will face another round of humiliating shellacking in 2018. 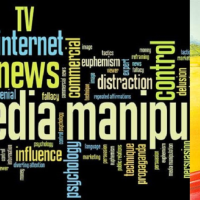