For the most powerful nation in the world that is the birthplace of many scientific inventions, Americans are incredibly irrational, emotional and uninformed. This applies to both educated and “poorly educated” (as Trump once phrased it).

Americans love and have a strong emotional attachment to TV/Hollywood. They grow up with it since early childhood. Media is all make believe where emotions rule over logic. This programming lasts for a lifetime.

When people watch a TV show or a movie, they feel sad, happy, afraid etc. It’s because they have to turn off the thinking brain. If you think logically that the person on the screen is acting or something is just special effects, it ruins the whole experience. Americans carry this habit over to other areas, including the News.

People actually watch movies/shows and consciously or subconsciously accept many messages as facts, especially if things are portrayed with some plausible authenticity. So many people get their “news” from comedy shows such as The Daily Show, which can never be a substitute for critical, in-depth news. Furthermore, these shows are bad because they present one-sided opinions. Hollywood documentaries on Netflix, HBO, Vice etc. also unfortunately shape American views even though they are often predominantly propaganda on behalf of the elites.

America is also obsessed with celebrities who spread messages and values purely based on emotional appeal. Vulgarity, violence and sex are all emotional tools to influence the masses. People repeat the words and actions of these celebrities without realizing they are being programmed.

Consumerism also creates a feelings-oriented society. We are all consumers and, as consumers, we don’t think much about the products we buy. We buy a car and don’t wonder how it was made. We go to a restaurant, we don’t wonder about the recipes or the farmers who work in the fields. So on and so forth. We read/watch news and we just accept it.

(In a partisan world, people apply this faith to the media outlet that leans towards their beliefs. Thus, a liberal will tend to immediately reject any news from Breitbart while accepting articles from, say, Huffington Post without questions.)

In the new world of social media, things have gotten worse. People have extremely short span of attention and the competition to grab the audience is intense. Articles need to be sensational with even more sensational and clickbait titles. After all, no click means no advertisement revenue for the media company.

Like a drug, the effect of sensationalism wears off after a while. And the media outlets have to up the ante. This addiction has now spread to once respectable news outlets as The NY Times and Washington Post, which are now competing with New York Daily and Buzzfeed for clicks. It’s a race to the bottom.

Americans are so lazy that most people just look at the title of an article and accept it as news. Facebook is a prima facie evidence for this behavior where you will see thousands of people commenting on articles every day without ever reading the article.

Americans also have problems understanding complex issues, especially if concerns math, science, economics, foreign policy etc. So they are just fed simple slogans – Support Your Troops, Spreading Freedom and Democracy, Vaccines Are Safe and Effective, Global Warming – Climate Change etc. You can’t convince most people that GMOs are bad because people can’t question scientists. Most people can’t discuss nuances – for example, how many vaccines can be safe? What do most of the scientists really believe about climate change? What are the other factors that affect climate?

Thanks to all the sensationalism around us, people also talk in exaggerated ways – everything is awesome, great, amazing or terrifying, scary, troubling etc. Hyperbolic language leads to hyperbolic feelings. Much of the fear about Trump is because of this behavior.

There is also a lot of “feminization” of U.S. politics and news, perhaps because of a lot of female journalists. This, along with political correctness, creates emotional news and emotional people who are just simply drama queens. There are many people who can’t have a discussion without screaming “racist,” “sexist” etc. Below is a picture that captures some of the agony of Hillary Clinton’s supporters on election night.

People also live in bubbles by having friends who think alike and subscribing to news feeds/pages of similar ideology and interests. So they drink the same Kool-Aid every day and their views and feelings get reinforced. After a while, the views become “facts” in their minds.

Finally, we have an entire culture where feelings are valued above thoughts or analysis. Think of all the times people on TV and in real life ask, “How do you feel?” or “How did that make you feel?” This is dangerous because feelings can be easily manipulated without any evidence, proof or basis on reality. We might be better off if everyone started asking, “What do you THINK?” 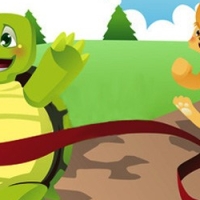 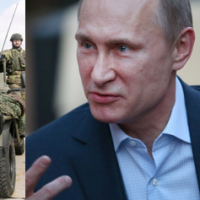