Are you perturbed by what’s happening in America? Are you shocked by inequality, disappearing middle class, declining quality of health, police brutality, gun violence, ever-growing national debt, government’s Orwellian monitoring etc? You are not alone, but all these are confusing only if you think in terms of an “American government” or “American corporations” or “American banks” that have, or should have, unique loyalty or consideration towards the people who happen to live here.

Instead, everything becomes obvious if you think of it as a “System.”

Why would we be surprised that there are millions of Americans who work full time and yet live in poverty, when the System exploits people in other countries for much, much lower wages? In the cost-savings Excel sheet of the System, a Walmart worker is still 10x more expensive than the worker from that ‘other’ country.

You wouldn’t be surprised by Bank of America and JP Morgan Chase defrauding American homeowners if you realize how the System brought down whole countries such as Greece, Spain, Italy, Ireland and Portugal using the same financial engineering schemes, lies and manipulations.  Most of these countries are now being devastated by the austerity programs demanded by the same System.

How can we be shocked by gun violence in America when the System is the #1 exporter of guns and weapons in the world? The System thrives on violence. The System loves perpetual wars – Iraq, Libya, Syria, Yemen, Somalia, Sudan, Afghanistan, Pakistan, Niger … just to name a few countries the System has bombed in the last decade. The System is also planning for bigger wars with North Korea, Russia and China.

If police brutality and militarization of police is disturbing, we have to realize how the System supports, and has supported, dictators all over the world when it is/was profitable to do so. Many ruthless dictators in Latin American countries, Africa, Middle East and Asia were handpicked and put in power by the System. Some were even trained in a special school in the U.S. The system gladly funds and arms terrorists in Afghanistan, Libya and Syria. All that valuable experience can’t be wasted.

When it comes to child poverty, you can’t be surprised that America ranks at the bottom among developed nations. From Apple to Calvin Klein to Hershey’s, many corporations depend on child labor for their stocks to outperform the expectations of Wall Street analysts. When the System profits from ten-year-olds working in toxic mines in third-world countries, American kids on food stamps look quite spoiled.

If you are enraged by our exploding national debt, don’t be. Debt is the ultimate tool for the System to enslave nations. The economic hit men of World Bank and the IMF have mastered this art of drowning nations in debt over the last 75 years. Oh, do you think it’s a coincidence that Russia’s debt-to-GDP ratio is 17%? Compare that to America’s 105% or Japan’s 250%. The System doesn’t like countries with low debt, just like it doesn’t appreciate people trying to go off-grid in America. This is also the same reason that Americans save only 2.4% of their income while the households have a record debt of over $13 trillion. Credit cards, student loans, auto loans and mortgages are all different tools with the same purpose.

Once you understand the System, you wouldn’t be surprised that wages are stagnant while the cost of living keeps going up. With all the advancement in science, one would think that healthcare cost would go down every year, but that would be naive. Healthcare (“sickcare”) is the best extraction tool, since people will pay anything when they are sick. The only things that are cheap are processed food and mass entertainment that are toxic to your body and mind respectively.

This is why America’s education ranks at the bottom of developed nations. As a Wikileaks email revealed, the elites “conspire to produce an unaware and compliant citizenry.” Translation: Dumb and Subservient.

Do you wonder why fracking and GMOs are allowed to destroy America’s environment? The System couldn’t care less about the environment. It has destroyed unimaginable amount of rainforest all over the world and doesn’t care about the thousands of species that are going extinct every year. The System hates sustainability and freedom. Just like how the older version of the System destroyed the Native American culture, the current System despises tradition, culture, religion, spirituality, consciousness, holistic medicine and anything that’s linked to nature.

By now, hopefully, you are not stressed out over how lobbyists have taken over the American government and how we really don’t have a functional democracy. The System is not a fan of democracy. You really don’t think that powerful billionaires would enjoy running their lives and planning their grand strategies based on the needs and feelings of millions of pesky little people, do you? Democracy and elections are just nice illusions so that we feel content, stay passive, go to work, watch lots of TV, get into debt, and spend our money on things we don’t need.

Are you mad? Hope so. The truth will set you free, but first it will piss you off. 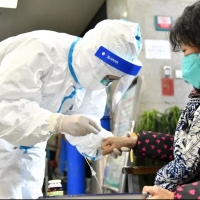 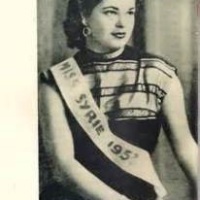