The US-China story is the ultimate tortoise-hare analogy. Most Americans now can’t believe that China is quite advanced, because they never noticed China’s individual accomplishments. In the American mind, China is just a poor country that is only capable of making t-shirts for Walmart. So, while America kept deluding itself with slogans of “We are the greatest,” China kept conquering one milestone after another.

No Here are some of the recent pivotal achievements of China that, when stringed together, undoubtedly demonstrates the staggering and relentless progress:

2004: #1 in Bachelor’s degrees in science and engineering (overtook EU)

2013: #1 in fastest supercomputer in the world (overtook USA)

2016: #1 in published scientific papers in science and engineering (overtook USA)

2016: #1 in fastest supercomputer in the world (again) and, this time, it was built without any US semiconductor chips (overtook the US)

2017: #1 in the best university for both engineering and computer science (overtook USA)

2017: China enters the Top 5 list for US patents for the first time (link)

2018: #1 in 5G patents — China owns more than one third of all core essential 5G patents (link); #1 to make a 5G phone call (link); Huawei overtakes Apple as the #2 smartphone vendor (link); and 4 out of the Top 6 brands in the world are Chinese; Chinese brands conquer more than 60% of the smartphone market in India and Africa, the two fastest growing and largest markets in the world (link, link).

2018: #1 in Venture Capital (VC) funding in the world — although it was only for the first half of 2018, it is still an astonishing achievement, considering that ten years ago, there was virtually no VC funding in China. (overtook USA)

2019: #1 in flat panel display (overtakes South Korea). China also becomes the only country other than the US to mass produce its own CPU (link). Another Chinese company starts mass production of locally designed DRAM — computer memory (link)

2019: #1 in diplomatic outposts such as embassies & consulates (overtook USA)

2019: China becomes #1 in the number of people in the wealthiest Top 10% of global households (overtook USA). Now there are 100 million Chinese worth $110K or more.

2020: China climbed up to #15 in Bloomberg’s Global Innovation Index

2020: Huawei overtook Samsung as the #1 smartphone vendor in the world in Q2.

2020: China is expected to become the world’s largest retail market, surpassing the US, which had held that title for 100+ years. Chinese retail sales will exceed $5 trillion in 2020.

2020: China surpassed the US to become EU’s largest trading partner — based on Jan-Jul stats (link)

2020: China was #1 in Global Happiness Index created by Ipsos. 93% of Chinese said they were happy, a number 30 percentage points above the global average.

2020: In the last one year, China created 5 billionaires every week.

Thus, methodically, China keeps advancing one step at a time, mastering one technology at a time, conquering one market share at a time and excelling in one field at a time. It’s all about planning, focus and execution. 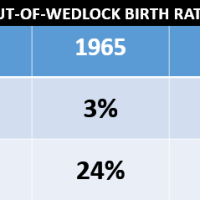