Question for Bernie lovers: why can’t Obama do whatever you think Bernie can do? Just give him the list of Bernie Sanders’ promises, and Obama should be able to accomplish all of those this year.

Guess what, got bad news for you. 95% of the Congress will get re-elected and Bernie will be in the same spot as Obama — if he gets elected. Hence …  ‪#‎NoHope‬ ‪#‎NoChange‬

The only way America can be fixed is if Liberals and Conservatives unite at the grassroots level. But the two keep spewing hatred and vitriol against each other. If people are hoodwinked into the age-old divide and conquer strategy, then the politicians will also reflect that. 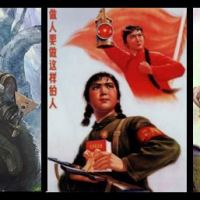