Just like he infuriated many Hispanics with ineptly expressed views on illegal immigration, Donald J. Trump screwed up the prudent proposal of a temporary ban of refugees from war-torn and terrorism-ridden countries. The refugee crisis is a classic situation of pragmatism balanced against compassion.

There are other passport vendors as well. As explained in this article, the going rate for fake Syrian documents are as follows: $150 – Syrian national ID, $350 – Driver’s License, $1000 – cheap passport, $2000 – authentic passport!

This is what Trump should say: “America always welcomes refugees to its shore based on the needs of the applicants, the impact of such refugees on the American society, and the national security of our nation.

Based on the military intelligence from our own CIA and FBI as well as from the European counterparts, it’s obvious that more often than not, the documentation, identity and the associations of a given refugee cannot be determined accurately. This poses a serious security risk to America. So we need a temporary pause in the refugee program.

Furthermore, the cost to resettle each refugee can be easily as much as $100,000 for a 5-year period – an amount that represents what an average Syrian makes in 50 years. What this means is that our budgeted money will go much further in Syria and help many more people. Rather than helping one child lead a good life in America, we can help 50 children lead a very comfortable life in the Safe Zones. We can also spend the money rebuilding Syria after the war is over.

Right now, we should focus all our efforts and finance in defeating ISIS, Al Qaeda and other terrorist groups in that region. We should co-ordinate with Russia and the Syrian government to quickly end the hostility, and eliminate all the terrorists from both Iraq and Syria. A stable Middle East will allow all those in the refugee camps to quickly return to their homeland and start over their lives.”

Ok, I am not a political speech writer, but you get the idea! Focus on practical solutions to help the refugees, ending of the war and ways to defeat ISIS. Furthermore, the stress is on “temporary ban” and there is no reference to any religion! 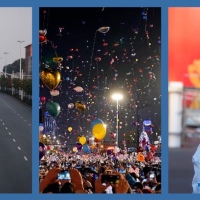 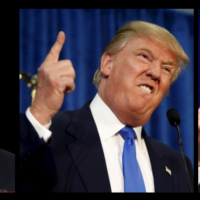 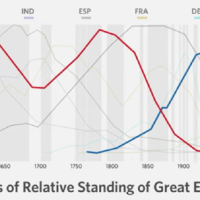 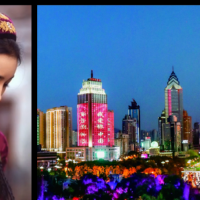