Unless you’re in the Top 1%, you really shouldn’t be celebrating the performance of stock market. It’s fake as a $3 bill — often the result of financial engineering — and can actually be bad for the country, the average American, and even the corporations. Here’s why:

**1. Stock Price Goes Up if Employees Get Screwed: Stock prices will go up if:
— Employees are laid off
— Employees see their salaries/bonuses cut
— Jobs are off-shored/outsourced and sent to Mexico, China, India etc.

Wall Street actually punishes companies for *not* slashing the wages more aggressively. For example, Merrill Lynch recently downgraded Chipotle because employees were getting paid too much! $11/hr for an American worker makes Wall Street very unhappy. 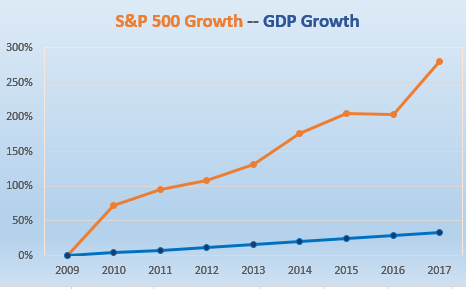 **4. Stock Market Growth Doesn’t Mean Corporations are Doing Well: In the traditional world, if a share price doubled … you may be right to think that perhaps the revenues or the profits of the corporation doubled as well.

But we live in the world of voodoo economics. Corporations make their share prices go up by simply buying back their own shares. It’s a bit like you put something for sale on eBay and you start raising the bid on your own product!

Since 2009, corporations have spent $5.1 TRILLION in share repurchases! The stock price goes up and all the major shareholders hit the jackpot. The CEO gets mega bonuses based on “stock performance.” Easy money!

Below is a table that shows the top stock buybacks in 2016. Just 10 companies — Apple, GE, Walmart etc. — spent $138 billion rigging their share price.

**5. Stock market growth Fueled by Corporate Debt: If corporations buying back their own shares is bad … it’s even crazier that they borrowed hundreds of billions of dollars to do that. Thanks to this debt-fueled rigging of stock market, corporate debt is now record level — $8.7 trillion (45% of GDP). Not good. If you look at the chart of corporate debt and stock buyback, you can see clear correlation: 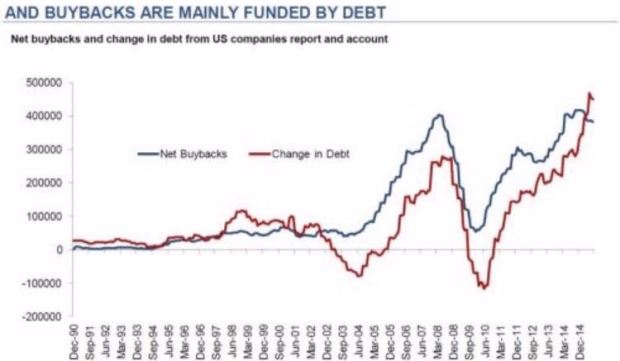 **6. Sometimes it’s a Bubble: As a bonus point, once every few years, the stock market gets into a bubble mode, and then it’s definitely a bad time to cheer the irrational exuberance. Right now, we may very well be in a bubble, which means that higher it goes, the harsher the consequences when the bubble bursts.

Thus when the media and the politicians tell you to clap and dance for the stock market, well, you know the truth now…

Check out Syria – War of Deception, my new e-book on the Syrian war, the most consequential war of recent times 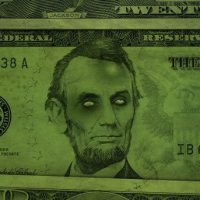