Once you go beyond the scurrilous charges of racism, bigotry etc., it’s easy to see why Donald Trump is the best choice to turn things around and, yes, even possibly Make America Great Again. He has raised many important issues that other politicians won’t touch with a 10-ft pole. In the previous blog posts, I have demonstrated why Trump is not a racist and why we have to give him a break regarding his theatrics.

** 10. Bring Prosperity to USA by Killing Toxic Trade Deals: As I discussed more than two years ago, trade deals since the 1990s have been nothing but wanton destruction of the Middle Class. American jobs have been simply shipped abroad and then, to hide the effects of this loss, the nation and the households have been loaded with debt. Since 1991, US National debt has grown from $3.6 trillion to $19 trillion, and the debt-to-GDP ratio has risen from about 55% to more than 100%.

We have huge trade deficits with countries such as China, Japan and Mexico every year. All we have been doing is to borrow money from those countries and buy their products – a ridiculous economic principle based on consumption and debt … instead of production and wealth (saving money)!

Both major parties have been completely bought off by corporations and oligarchs who have immensely benefited from this kind of globalization and “free trade.” Obama went even further and has even been supporting TPP – the ultimate wet dream of corporatism. Trump and Bernie Sanders are the only two people to talk against more such trade deals. However, Trump is the only one to go even further and reverse these trade deals and bring jobs back to America.

BTW, Trump has been speaking out bad trade deals since the late 1980s. In an interview with Oprah in 1988, Trump talked about ever-growing trade deficits, bad deals, national debt etc. In 1993, he also spoke against NAFTA. 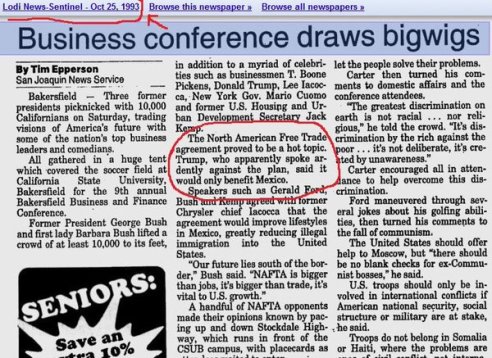 ** 9. Halting Illegal Immigration: First, combined with the trade deals that shipped jobs abroad, illegal immigration has brought in millions of people into the U.S., thereby immensely reducing the wages for a majority of Americans. Second, almost all the families of illegal aliens have children and get on the welfare system – Medicaid, food stamps, free school lunches, rent subsidies etc. Additional costs to the States come from costs for schools, police, roads and other infrastructure that serve the illegal aliens and their families.

Third is the flow of about $30 billion worth of drugs across the Mexican border. Fourth, criminals coming across the border is also a big problem. Many Latino gangs in America depend on illegal aliens. Finally, Mexican immigrants send more than $20 billion back home every year, which is money that could have been spent in the U.S. (thus boosting our economy).

Note: As for his big, beautiful Wall along the U.S.-Mexico border, it can be made very efficient using hi-tech motion detectors, surveillance cameras and drones. Dozens of countries around the world use walls and fences to stop illegal immigrants and even terrorists.

** 8. Addressing Urgent Economic Matters – Debt, Interest Rate, Asset Bubble: America is on a completely unsustainable and dangerous economic path, with ever-increasing debt. Nobody wants to address this huge elephant in the living room, except Donald Trump. He is the only one who is forcing a conversation on this topic.

The truth is that there are three ugly choices to handle the debt right now: exorbitant taxes, hyperinflation (printing money out of thin air and monetizing the debt, thereby devaluing dollar and creating a huge spike in prices of all goods), or partial default (making lenders take a “haircut” on the US treasury bonds).

There is also the matter of artificial low interest rates (“ZIRP” policy) that the Federal Reserve Bank has maintained for the last seven years. This has caused a huge asset bubble in the stock, bond and the housing markets which will all burst when the interest rates go up. No politician even seems to understand this, except Trump. He even talks about how the low interest rates have decimated savers and retired people.

People like Bernie Sanders have absolutely no clue about how the economy works, and they just go around promising goodies and pandering to every interest group in order to win the election.

** 7.  Trump Self-Funded His Campaign: Although Trump will be forced to raise money from donors for his campaign in the general election, he used his own money – to the tune of $40 million – for the last 10 months to win the Republican nomination. This is the only reason he was able to raise important issues that others will never dare to tackle.

** 6. Saying No to Endless Wars and Imperialism: Liberal media’s narrative is of a dangerous Trump who will start wars, but the reverse is true. Trump is against expansion of NATO, antagonizing Russia and American Imperialism. His slogan of “America First” actually harkens back to the non-intervention movement of the 1930s. He was against the war in Iraq; he takes a pragmatic view that values regional stability rather than wars to spread “democracy and freedom” (which is really an excuse for forcing American hegemony on other nations).

Many people don’t understand how Obama overthrew democratically elected governments in Honduras and Ukraine; how he destroyed Libya and Syria by supporting and arming terrorists – renamed as “moderate rebels” – and willfully caused the rise of ISIS. Obama started Cold War II with Russia and has deployed tens of thousands of American soldiers right at the Russian border. Trump will put an end to this unnecessary global conflict and will renew friendship with Putin and Russia.

** 5. Quick End to ISIS: The entire story about ISIS is so ridiculous – that a bunch of guys who get paid $50 a month could not be defeated by America that spends $600 billion  a year on its military (and not to mention that UK, France and Germany have also declared war on ISIS). Just like the Mujahideen were used by the U.S. to fight against USSR, various rebels in Syria/Iraq are being used by the US and its allies to defeat Syria.

Trump’s  temporary ban on Muslim refugees is also simply a logical and practical solution. In Europe, ISIS recruits are sneaking in as refugees and we will have the same problem. His solution to create a safe zone for refugees is humane, compassionate and prudent. (For more on this topic, see my blog post Rapefugees versus Refugees – A Rational Discussion).

Trump, with his no-nonsense approach, will end support of rebels, quickly get rid of ISIS and allow strong leaders such as Assad of Syria to bring stability to that region.

** 4. Cut Government Waste, Fraud and Abuse: The US government is nothing but a branch of the corporations. What this means is that the government overpays for everything that it buys from the corporations, whether it be pharmaceutical drugs (for programs such as Medicare and Medicaid) or weapons for its military. One recent example is the F-35 fighter jet that has cost more than $1 trillion, is way behind in schedule, and yet is a complete failure in even rudimentary features and performance. Trump, as a businessman, is perfect to address such chronic government waste, fraud and abuse.

** 3. Reform Education, End Common Core: Did you know that the U.S. spends a whopping $1 trillion on K-12 education? (Much of that spending, about $850 billion, occurs at the State and Local levels). Like so many other aspects of the American society, we just throw money at issues without any thinking or analysis. Making this problem worse is the new set of curriculum called Common Core, which is an absolute disaster. It is like the GMO of simple education – a corporate takeover of simple education using patented and moronic methods (see below for an example). Trump has said he will end Common Core. 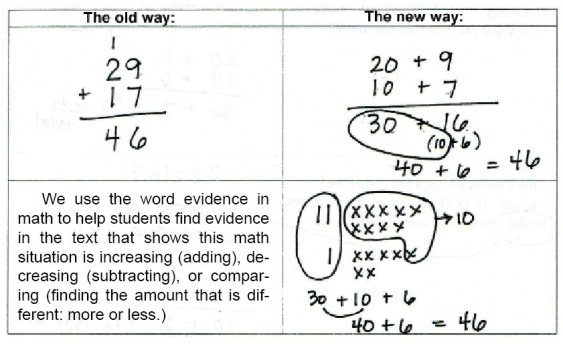 You can tell Trump is not the Establishment by looking at who attacks him. The entire mainstream media attacks him daily; the Democrats obviously attack him; and the Republican Establishment spent more than $100 million trying to stop him. Even now, the Bush family, Mitt Romney, Karl Rove and many of the Neocons – especially the architects of Iraq war and the founders of PNAC – are all against him. These are the insidious globalists and the New World Order people. Some of these, such as Robert Kagan, have openly declared their support for Hillary Clinton.

Trump has also said that he will audit the Fed (Federal Reserve Bank) within the first 100 days of his administration. The Fed is owned by bankers and nobody knows what the heck it does with trillions of dollars! It hasn’t been fully audited since the 1950s! Very shady.

** 1. Gutsy and Thinks Out of the Box: Common sense has died in America; logic has been replaced by ideology on both sides; and courage in politics has been replaced by talking points written by lobbyists and pollsters. Donald Trump is a rare leader and a genuine outsider that shows up once a century or so. He has the business acumen that has been sorely lacking in American leaders who have all been pure politicians. He has the courage and vision to take on really challenging issues that are political Kryptonite. Finally, he has broken every single rule of campaigning and has secured the nomination while spending the least amount of money. Even though Trump has a unique and a controversial style, he is the most pragmatic, audacious and capable person who can, well, Make America Great Again!