Iran is in the crosshairs of globalists for three main geopolitical reasons:

Oil competition: A free Iran will dethrone Saudi Arabia as the #1 oil producer. The only reason that Saudis are so rich is that Iran has been virtually isolated since 1979. (Why the US switched its alliance from Iran to Saudi Arabia in the late 70’s is fascinating & deserves another article). 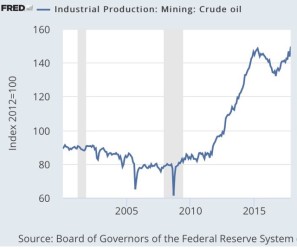 Challenge to Israel: Israel wants weak Arab neighbors that it can kick around and steal oil/land from. Iran is strong and independent; it helped defeat Sunni jihadists in Syria; and it arms Hezbollah who can punch Israel in the nose if the latter meddles in Lebanon.

Alliance with China/Russia: There’s a huge struggle for the control of Eurasia, and Iran is a key piece in that geopolitical chessboard. As long as Iran was isolated and weak, it didn’t matter. But now Iran is getting into all kinds of military and economic alliances with Russia & China — the two countries that have been labeled by the Trump administration as “rival powers” and “revisionist powers” that have heralded the era of “great power competition.” 😱

Iran is a key component of China’s Silk Road (also called Belt and Road Initiativeor One Belt, One Road) — most freight trains from China go through Iran on their way to Europe. Destabilizing Iran means sabotaging China’s Silk Road, and that would be very desirable for globalists.

However, if the Iran-Russia-China coalition survives, it will mean the following for the West:

4. Partial Loss of Qatar as a vassal state. Qatar works hard to please the US/EU establishment and hosts a huge US military base. However, it also shares the world’s largest natural gas field with Iran, which has become even more of a strategic and essential ally after the Saudi blockade.

5. Possible eviction of US military bases from Afghanistan, a country that borders Iran and now wants to join CPEC — China-Pakistan Economic Corridor — that’s so promising that Pakistan is giving the diplomatic middle finger to Washington DC

Basically, the US is on the verge of losing its hegemony in a contiguous string of countries from the Middle East to China.

That’s why globalists are fervently trying to topple the current Iranian regime, and they don’t care what happens next. If Iran is embroiled in a bitter civil war between Islamists & secularists for the next decade, it will just be splendid. When the West gets a stable puppet installed in Iran, the country will be chopped up into pieces — Balochistan on the east, Khuzistan on the south and Kurdistan on the North-West. Of course, all this would also mean millions of refugees rushing into Europe and America.